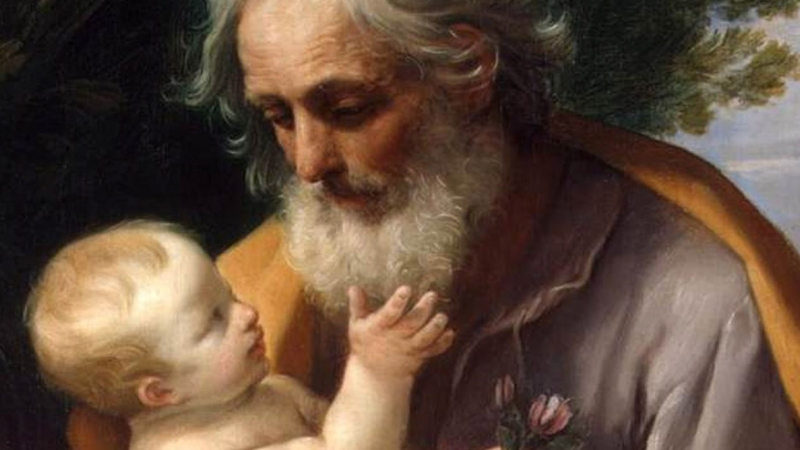 St. Joseph, a vocation opposite to the Apostles

Bossuet in his first panegyric of the saint says : “Among the different vocations, I notice two in the Scriptures which seem directly opposed to each other: the first is that of the Apostles, the second that of St. Joseph.

St. Joseph, a vocation superior to the Apostles

St. Joseph’s vocation of silence and obscurity surpassed that of the Apostles because it bordered more nearly on the redemptive Incarnation. After Mary, Joseph was nearest to the Author of grace, and in the silence of Bethlehem, during the exile in Egypt, and in the little home of Nazareth he received more graces than any other saint.

His mission was a dual one. As regards Mary, he preserved her virginity by contracting with her a true but altogether holy marriage. Mary would find help and protection in St. Joseph. He loved her with a pure and devoted love, in God and for God.

As regards the Incarnate Word, Joseph watched over Him, protected Him, and contributed to His human education. He is called His foster-father, but the term does not express fully the mysterious supernatural relation between the two. The Apostles feared the least danger, but God gave them a new heart and their courage became undaunted…. The same hand gave Joseph the heart of a father and Jesus the heart of a son. That is why Jesus obeys and Joseph does not fear to command.

How has he the courage to command his Creator? Because the true Father of Jesus Christ, the God Who gives Him birth from all eternity, having chosen Joseph to be the father of His only Son in time, sent down into his bosom some ray or some spark of His own infinite love for His Son; that is what changed his heart, that is what gave him a father’s love, and Joseph, the just man who feels that father’s heart within him, feels also that God wishes him to use his paternal authority, so that he dares to command Him Who he knows is his Master.”

St. Joseph's vocation to obscurity is ours too

Bossuet makes this general observation about the virtues of the hidden life: “It is a common failing of men to give themselves entirely to what is outside and to neglect what is within; to work for mere appearances and to neglect what is solid and lasting; to think often of the impression they make and little of what they ought to be.

That is why the most highly esteemed virtues are those which concern the conduct and direction of affairs. The hidden virtues, on the contrary, which are practiced away from the public view and under the eye of God alone, are not only neglected but hardly even heard of.

And yet this is the secret of true virtue. . . a man must be built up interiorly in himself before he deserves to be given rank among others; and if this foundation is lacking, all the other virtues, however brilliant, will be mere display . . . they will not make the man according to God’s heart. Joseph sought God in simplicity; Joseph found God in detachment; Joseph enjoyed God’s company in obscurity.”