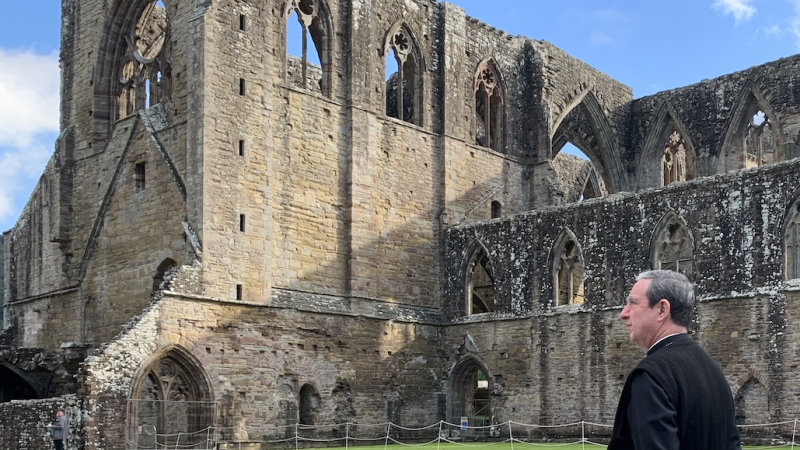 Astronomers say that the universe is expanding. This is true of course in the physical sense, but in many other ways it is actually shrinking.

First, in our senses. Because we can fly to almost anywhere in the world within 24 hours, the earth appears to have dramatically diminished in size. Similarly, with the ability to talk to anyone on the planet within seconds, every man becomes our neighbour. With amazing screen, audio and cloud technology, the whole visible and audible world is potentially before our eyes and in our ears. The world has most certainly shrunk.

There are benefits to all this shrinking, but there are also costs: for no destination is appreciated as much as one gained by prudence and fortitude; no conversation is as meaningful as one face-to face; no scene so evocative as one enjoyed in person. The technological universe is smaller, cheaper, faster, and meaner. It robs us of real experiences and robs us of precious time to enjoy them.

Not only in the senses has the universe shrunk, in the intellect too. In modern man's philosophical understanding of the universe, there has been a dramatic downsizing since the Protestant Reformation, through the rationalist enlightenment, on to communist atheism. For modern man today there is

There is only matter and physical forces in modern man's universe. Man therefore is just a fortuitous juxtaposition of molecules. What a miserable universe: no beauty, no truth, no hope, no heaven.

In education, blinds have been pulled down in case the majesty the real universe be glimpsed. The classical education of grammar (memory work), dialectic (reasoning) and rhetoric (communicating) has been all but abandoned. Students are given few building blocks of raw information (no memorising), they feel rather than reason, and they create soundbites rather than discourse. They are also loaded with liberal ideology.

Universities no longer deal in universal knowledge, but train their students in evermore specialised fields, not to see the big picture, but to serve global corporations in their quest for profits. Few care about universal questions of being, finality and the meaning of life.

In our social relations

The shrinking universe of the senses necessarily influences the universe of social relations.

We converse face-to face with fewer people than ever before. We enclose ourselves in metal vehicles and become strangers to the neighbourhood, to the local shops, even to those who live next door.

We give so much time to screen- based entertainment or communication, that we have little time for real social activity, real friendships, real clubs, societies, charitable works, real cultural enrichment by pastimes and recreation.

Society is passing from the pitiful age of the nuclear family to the mentally damaging age of the atomic individual. Fewer children are born to each family thanks to contraception and an economic, political and cultural war against the family. There are now only 1.56 births per woman in England according to the latest statics which is the lowest ever. This is not helped by fewer and later marriages and the increasing numbers of broken marriages.

The time was, that it was normal to have three generations living in the same house. Now the children move-out as soon as they can afford it and their grandparents are put in a care home because there is no-one to look after them.

Isolation, loneliness, mental health issues are the mark of our time. For many souls, their social universe has all but collapsed.

In our daily lives

We elect the same politicians - puppets beholden to another power - and most men share the same aspirations: to emulate the  two-dimensional icons presented to us by a global media. The predominant morality is liberal. The predominant religion is "none".

Abandonment of religion, philosophical pessimism, deficient education, social atomisation and concentration of power are the ingredients of the most visibly restrictive universe which is tyranny.

Freedoms are being eroded so fast in our day that everyone is only a short step away from prosecution for any number of reasons, wittingly or unwittingly. We are subject to increasing surveillance of both our movements and our beliefs, we are being coerced into allowing the state to edit our DNA, we are being forced to cooperate in the culture of death: all this with such devilish efficiency that we conclude that Satan is indeed the primemover of this movement.

Modern man now lives in a very small universe. The universe has shrunk so much that he finds himself in spiritual solitary confinement by his modernism and may soon find himself in a physical confinement by an overreaching state. When this happens, the shrinking of his universe will be complete.

They cannot imprison the spirit

But, for us my dear faithful, while we cannot avoid all the effects of modern technology, modern philosophy, modern culture, and the modern state, our souls can never be imprisoned if we follow reason, the natural law and the religion revealed by Our Lord Jesus Christ.

The foundation and cause of true freedom is living membership of the Mystical Body of Christ. It necessarily implies a detachment from sin which is slavery to the passions; it necessarily implies an attachment to the doctrine, sacraments, and government of the Catholic Church which will lead man to his ultimate perfection in the Beatific Vision of God.

If we stay close to the Church, then despite courting the unwelcome attentions of the state, we will have interior peace.

Earthly empires rise and fall, and it is interesting to observe that their duration diminishes as technology advances. The Soviet empire lasted for only 70 years, which means that today's youth will probably see the end of the tyranny of the Culture of Death, presently in the ascendant. The universe will shrink for a while longer, but for those with the liberty of the children God, they will never be confined.