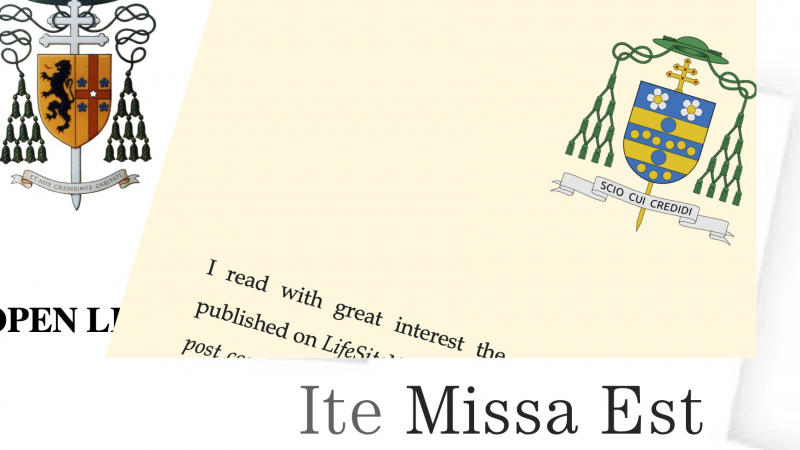 Thy people, O Lord, they have brought low: and they have afflicted thy inheritance. They have slain the widow and the stranger: and they have murdered the fatherless. (Ps 93:5-6)

There is a collective sense that the world is on the cusp of dramatic change. Already, the Covid-19 crisis and recent civil unrest in many countries – both bearing hallmarks of sinister orchestration – have been the occasion of mass social conditioning and a dramatic encroachment upon religious and civil rights. Regrettably, it seems that more of the same is to follow. The mainstream media are creating expectation with expressions like “the new normal”, economic meltdown is imminent, and the World Economic Forum – an organisation for the minions of the New World Order - have launched an initiative called “The Great Reset” which seems to augur the imposition of more direct individual control, ecologism, and the culture of death upon the entire planet.

And they have said: The Lord shall not see: neither shall the God of Jacob understand. (Ps 93:7)

Meanwhile, God is ignored in all this upheaval and men of good will are finding themselves being manoeuvred into making a choice between supporting the “new normal” of the cultural Marxists or face social and economic exclusion.

Our hope should not fail, however, for the evil that is visiting upon us is the occasion of great heroism on the part of those who stand firm in the Catholic faith. Members of the Society have ever in their minds the heroic acts of Archbishop Marcel Lefebvre, their founder, to give them an example of fidelity to the faith. He confronted the evildoers who fomented a revolution in the Church and founded a Society to continue the work of the Church by the formation of Catholic priests.

From condemnation to silence and then qualified approval, the judgement of the conservative clergy has been markedly more sympathetic towards the Archbishop’s message and legacy in recent times. Partly this is due to overtures made by the conciliar authorities in view of encouraging the Society of St. Pius X to accept a canonical structure; partly it is due to a growing realisation that, as the auto-destruction of the conciliar church accelerates, Archbishop Lefebvre was right all along. No greater evidence of this awakening to the Archbishop’s message can be found than in two astonishing open letters published by Archbishop Carlo Maria Viganò earlier this month.

The first open letter of 6th June to President Donald Trump tells both the president and the world of the great battle between the children of light and the children of darkness presently playing itself out on the world stage, and exhorts the children of light to prayer. The second open letter of 9th June attacks the Second Vatican Council as being the cause of “doctrinal, moral, liturgical and disciplinary deviations”, and as spawning a “new parallel church” which is working for the freemasonic goal of a humanist one-world religion.

What is particularly encouraging about the second letter is that it shows how Archbishop Viganò’s understanding of the crisis in the Church now meets that of Archbishop Lefebvre. Indeed, his letter reads like an updated summary of Archbishop Lefebvre’s Open Letter to Confused Catholics penned in 1985 which every serious Catholic should read.

What sets the two archbishops apart however, is that, having been formed by the Père Le Floch at the French Seminary in Rome from 1923 - 1930, Archbishop Lefebvre was able to see the errors in their gestation before the Council, in the triumph at Council, and in their immediate effects after the Council; whereas, having been ordained in the post-conciliar church (1968) and risen through its ranks, Archbishop Viganò has only come to a full understanding of the Council in the light of its ultimate effects: heresy, sacrilege, and moral corruption, which he witnessed first-hand and by which he has been cruelly used.

As we confront the forces of evil unleashed upon the world, we would do well to read both letters of Archbishop Viganò, and to re-read Archbishop Lefebvre’s Open Letter To Confused Catholics. They give us the key to understanding the present disorder and how we should respond to it. Both prelates exhort us to return to Catholic tradition in its doctrine, in its liturgy, and in its morals with a spirit of prayer and self-sacrifice. If we do this, then we will resist the world and be numbered among the upright.

For the Lord will not cast off his people: neither will he forsake his own inheritance. Until justice be turned into judgment: and they that are near it are all the upright in heart. (Ps 93:12-15)