Communion in the Hand And The Mind Of The Innovators

Communion in the Hand And The Mind Of The Innovators 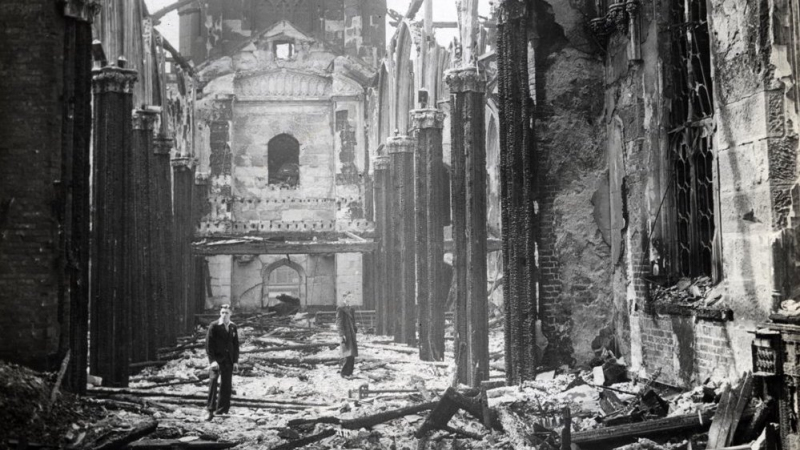 The mens of the innovators

The love of God knows no measure and does not tolerate compromises, otherwise it simply is not Charity, Charity which it is not possible to remain in Him: qui manet in caritate, in Deo manet, et Deus in eo [whoever remains in Charity remains in God and God in him]. (1 Jn 4:16).

These are words from Archbishop Viganò’s recent condemnation of the Second Vatican Council.

Communion in the hand & standing imposed

Last week the Bishops of England and Wales announced that from 4th July 2020 Communion was henceforth to be received in the hand and standing-up until further notice. So,

But it is disrespectful

But communion in the hand & standing-up is enormously disrespectful to the Blessed Sacrament:

Ah, but there is a reason

How can this be? How can it be that the guardians of what is most Sacred can allow this to happen?

To their everlasting shame, the Bishops of such countries as Great Britain, Canada, and the U.S.A. have not simply succumbed to blackmail and obtained permission to legalize an abuse which can lead to a profanation of the very Body of Christ, but they are now engaged in an all- out campaign to impose it as the norm. This is something which no one could possibly deny after reading such official propaganda tracts as The Reception of Holy Communion in the Hand, published by the Catholic Truth Society of England and Wales, or such American offerings as The Body of Christ or Take and Eat.

These publications contain page after page of the most slanted propaganda which is clearly inspired by the belief that most of the laity have already been conditioned beyond the point where they are capable of independent thought.

It is worth reading. But this recent rule imposing  Communion in the hand and standing-up has been imposed for reasons of hygiene in the midst of the great pandemic.

Then we debate about the reasons

Now, let us assume for a moment that the pandemic is as devastating as HM Government and the media would have us believe and that extreme precautions are merited for the first time in in the history of the Church, it is by no means universally accepted that communion in the hand is more hygenic.

We could argue backwards and forwards for hours on this issue: invoking experts of numerous disciplines: virologists, doctors of medicine, liturgists, historians etc, but the argument will distract us from what is really happening here.

And we fail to see the big picture

Archbishop Viganò then went on to say in his letter about the Second Vatican II Council:

It matters little whether it is a declaration or a Magisterial document: we know well that the subversive mens of the innovators plays games with these sort of quibbles in order to spread error.

In our case we could say: “It matters little whether the bishops conferences’ arguments were good or bad for each thing they imposed, we know well the that the subversive mind of the innovators plays games with these sort of quibbles in order to spread error.

Like so many of the changes since the Council they have all gone one way: towards doctrinal, liturgical, moral and legal deviation. Each change is met with a debate over the pros and the cons, but the innovation happens and most people miss the big picture: it’s all gone the same way.

In relation to the Blessed Sacrament

Fr. Wall, in a sermon recently (they are all on our website under media) commented upon the surprise of the Scottish Bishops to find that 70% of the faithful no-longer believed in the Real Presence. “Why are they surprised?” asked Fr. Wall, “when they have done everything they can to destroy faith in the Real Presence over the last 50 years:

No doubt each change was the occasion of a debate between the reformers and the conservatives, but the change happened anyway. Few saw the big picture and little-by-little the faithful lost the faith because all its supports and manifestations were removed.

The innovators – the bishops - are spreading error. Compulsory communion in the hand received standing-up is another example – yes a debate is always possible – but the mens of the innovators is clear if you would just step back and survey the wreckage of our Catholic Church for a moment.

What can we do?

They have it their way for too long now and it has to stop. We see the big picture and it is the time to fight back. We have a vocation from God to reparation and to Catholic Action. We must make reparation for the disrespect of the Blessed Sacrament by our own personal prayers and sacrifices.

We must show our respect for the Blessed Sacrament:

We must practice our vocation to Catholic Action in the way we give testimony of our faith in the outside world:

We must practice our vocation to Catholic Action in the way that we bring faith to others:

In the Blessed Virgin Mary, this was fully realised. She was in God and God was in her. We ask her for the grace that the same may be true for us.