Another brick in the wall - Ite Missa Est editorial 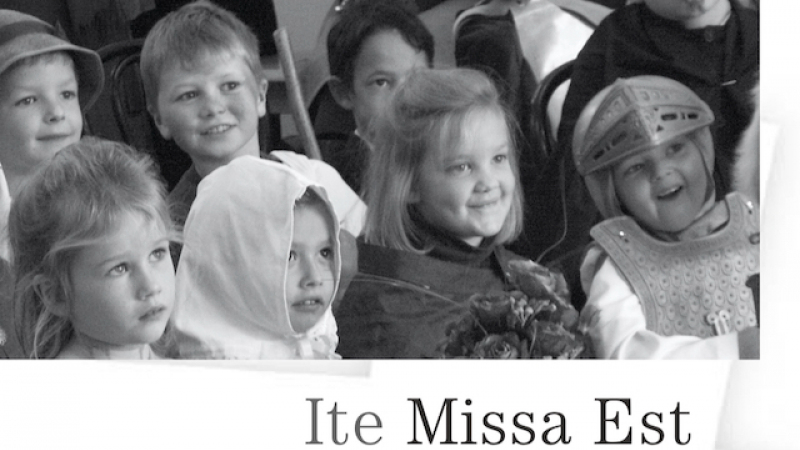 Among faithful Catholics, there has been considerable anxiety about the government’s recent statutory guidance for compulsory Relationships & Sex Education in schools. In a misguided attempt to limit mental and physical damage to children - inevitable in a society which ignores God, the natural law and even right reason - schools are being strongly encouraged to indoctrinate children in a way that will rob them of their innocence, give them the wrong understanding of the purpose and place of sex, and facilitate sexual experimentation.

Ordinarily, the hierarchy of the Catholic Church would have exercised its influence in countering this sinister development but, to the utter bewilderment and discouragement of serious Catholics, a model curriculum and policy published by the Bishops Conference of England & Wales conforms so well to the government’s wishes that it is being held up by the government as the example of how its guidance on Relationships & Sex Education should be implemented. This is in stark contrast to the Catholic response of yesteryear when the Bishops denounced the project of implementing sex education in schools for reasons that touch the nature of man, his fallen state and his supernatural goal.

In this editorial, the statutory guidance is reviewed from a Catholic perspective, then in the following articles, a condensed version of a 1944 Pastoral Letter of the Hierarchy of England & Wales is presented, and then the deficiencies of the official curriculum published by the Bishops’ Conference of England & Wales are laid bare.

Definitions according to the guidance

Relationships Education is the name given to the subject that teaches the fundamental building blocks and characteristics of “positive (healthy, respectful and safe) relationships”, with particular reference to friendships, family relationships, and relationships with other children and with adults.

RSE is Relationships Education supplemented by a sex education component which, to paraphrase the guidance, is supposed to teach young people to understand human sexuality so as to enable young people to mature, build their confidence and self-esteem, and understand the reasons for delaying sexual activity. Effective RSE, to paraphrase the guidance again, also supports people throughout life to develop safe, fulfilling and healthy sexual relationships at the appropriate time. Knowledge about safer sex and sexual health remains important to ensure that young people are equipped to make safe, informed and healthy choices as they progress through adult life. This should be delivered in a non-judgemental, factual way and allow scope for young people to ask questions in a safe environment. (§69, 70)

The underlying principles of the guidance

The requirements of the guidance are part mandatory, part advisory. These are underpinned by certain principles which have been abstracted.

In relation to the school

– All schools must deliver a Relationships Education course to all pupils receiving primary education.

– All school must deliver a Relationships and Sex Education (RSE) course to all pupils receiving secondary education (although parents may withdraw children under 16 from the sex education component).

– Under the provisions of the Equality Act 2010, schools must not unlawfully discriminate against pupils because of their age, sex, race, disability, religion or belief, gender reassignment, pregnancy or maternity, marriage or civil partnership, or sexual orientation (collectively known as the protected characteristics).

– Schools should ensure that all of their teaching is sensitive and age appropriate in approach and content.

– Schools should work closely with parents when planning and delivering these subjects.

– Schools with a religious character may teach the distinctive faith perspective on relationships, and balanced debate may take place about issues that are seen as contentious.

In relation to the parent

– Parents are the primary or first educators of their children. They have the most significant influence in enabling their children to grow and mature and to form healthy relationships.

The principles to be taught to the child

In relation to others:

– Thou shalt not discriminate, harass or victimise others.

– Thou shalt give assent to the statement that different forms of family, sexual orientation and identity can lead to positive (healthy, respectful and safe) relationships.

– Thou shalt be kind, considerate and respectful of others (telling the truth, respecting others’ property, privacy, space and bodies).

In relation to self:

– Positive relationships with friends, family, peers and adults are fundamental to becoming a happy, successful and productive member of society.

– The morality of sex is determined by consent.

– The advisability of sex is determined by whether it leads to positive relationships.

Analysis of the guidance from a Catholic perspective

Perspective of the state

A secular liberal state such as our own, having lost its common culture (common religion, philosophy, morality and history), only has the power of the state left as a principle of unity. Such a state is inclined to impose a secular, liberal common culture by mandate, believing it to be the only possible way of preventing its fragmentation or its sliding into a chaos of radical individualism. A secular liberal state is thus destined to become a totalitarian state.

The common culture that the state is trying to impose with RSE is inevitably secular and liberal. It recognises no God, no religion and no natural law. It defines evil as that which causes harm or offence to another (either intentionally or unintentionally) or that which breaks a law it has made. It does not acknowledge any moral law relating to interior or private actions, or actions between consenting individuals (as long as these actions to not break a positive law).

Perspective of the school

A Catholic school must follow the law if it is to be allowed to operate. At present, there is just enough “wiggle-room” in the statutory guidance to be able to teach Relationships Education from a Catholic perspective by giving the teaching a permitted “distinctive faith perspective” in a “sensitive and age-appropriate manner”.

Regrettably, the number of Catholic schools in the country that will make the RSE course truly Catholic, or who have the unity of Catholic outlook among their parents to be able to ignore the sex education component, can probably be counted on one hand, or perhaps on just two fingers. One of those schools is our own St. Michael’s School [which means, incidentally, that every Catholic parent has a duty to seriously consider it for the education of their children].

Perspective of the parent

It is interesting to note that parents are called the “primary educators” of their children in the forward of the statutory guidance and then are called “first educators” later in the document (§40). In view of this, and the fact that Relationships Education is compulsory for all children, the state really sees parents as simply the initial educators of children and abrogates to itself the role of supreme authority in their education.

As the following pastoral letter makes clear, however, it is parents who have the ultimate responsibility and God-given authority to educate their children according to Catholic doctrine and, in the domain of sex education, it falls chiefly to parents to introduce this subject, with only the assistance of a Catholic school.

Perspective of the child

In the dark classroom of RSE as envisaged by the statutory guidance, the poor child is deprived of the context of God, the supernatural order of grace and virtue, divinely revealed law and the natural law, personal fragility due to original sin, a transcendental goal which is the supreme cause of happiness (and “positive relationships”): the supernatural love of God, which is necessarily accompanied by its corollary: the love of neighbour as oneself.

Instead, the child is exposed to temptation and facilitated in sexual sin by an amoral initiation into sexual behaviour and by ignoring, preventing or removing the natural consequences of sexual sins. A lowest common-denominator sort of morality is presented as an option which offers the child the goal of an indistinct and ephemeral sense of “well-being” attained through both “positive relationships” and following the law. There are no four last things to this modern morality, only the illusion of freedom, vapid virtue and the hope of being considered “successful” in this godless world.

Another brick in the wall

RSE, at face value, is part of the government’s effort to encourage a certain moral order as a remedy for the alarming social decay that presently threatens the viability of the state. While it can be implemented in conformity to Catholic teaching at the limit of what it permits, its de facto implementation in all but a handful of schools will lead children into sin and will further fragment our broken society by making the “positive relationships” it champions impossible. It is, as one father observed, like putting petrol on a fire in an effort to extinguish the flames.

The legislation that underpins RSE is misguided, and the fact that it is accepted by so many is evidence of the fact that when faith falls, reason falls with it. Looking into deeper causes however, RSE, along with a multitudinous host of statutes, regulations and guidance on education, is clearly the fruit of a darker and more anonymous intent: namely the desire to build a wall in the mind of the child  - a wall to exclude God. As such, RSE is another brick in that wall.